This is a recreation of a case-study I was asked to complete to showcase my technical abilities as part of an interview process for a Data Scientist position. I have changed any information that might identify the hiring organization.

In addition to this post that includes the case study prompt, this project included two other posts:

Please present a recommendation based on your work on the following case study. We will be looking for your:

All numbers in the case study are fabricated.

Shocjin Nonprofit receives significant private funding through various channels including private individuals, foundations, and corporations. Historically, Shocjin Nonprofit has prioritized corporate partnerships and foundations whom often provide multi-year grants in significant amounts over individuals, who often give in one-off donations of small quantities. In the most recent year, however, with the introduction of the “Giving Society” some sites in the Shocjin Nonprofit network have doubled down on a strategy which more heavily emphasizes private individuals. The tradeoff is that this investment requires having at least one development staff member exclusively work on the Giving Society.

After collecting some data, Headquarters would like to make a recommendation to all the sites (city offices) on the optimal strategy. Your job is to make that recommendation. Using survey data representative of the whole network, the following ranges have been determined. All ranges represent a 90% confidence interval for data which should be assumed to be normally distributed unless otherwise indicated.

Each development manager who focuses on corporate development expects to be able to engage between 15 and 25 new corporations a year, and of those engagements they expect 25% of those to succeed. Corporate grants were found to be lognormally distributed and were between $50,000 and $1,000,000 per year. Grants typically extend past the first year of the grant (and when they do they return the same value each year.) The number of years that it will extend is distributed with a Poisson distribution with an expected value of 2 years.

On the other hand, development managers who focus on the Giving Society expect to engage between 200 and 500 individuals who could contribute the minimum of $5,000 to enter the Giving Society, with typical success rate of 50%. Giving Society members donate between $5,000 and $50,000, also distributed lognormally, the first year, but on average only 50% of individuals donate the same amount the following year and on average only 10% (of the first year number) donate the same amount in the third year.

Using this information, what distribution of corporate to Giving Society development managers should sites use? Is there any additional information that you would need to make this recommendation? Present your recommendation in a format appropriate for a non-technical executive. Please send any scratch work and analysis performed as well. 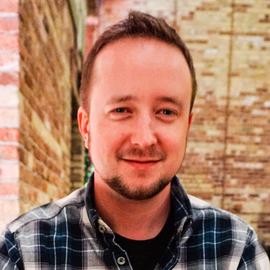